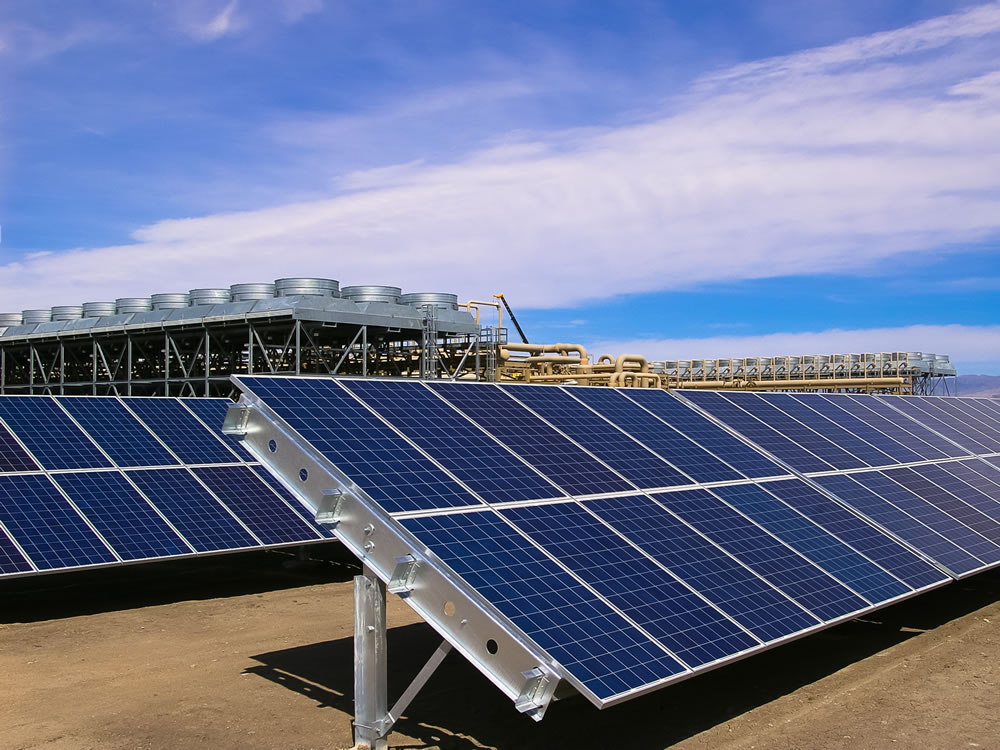 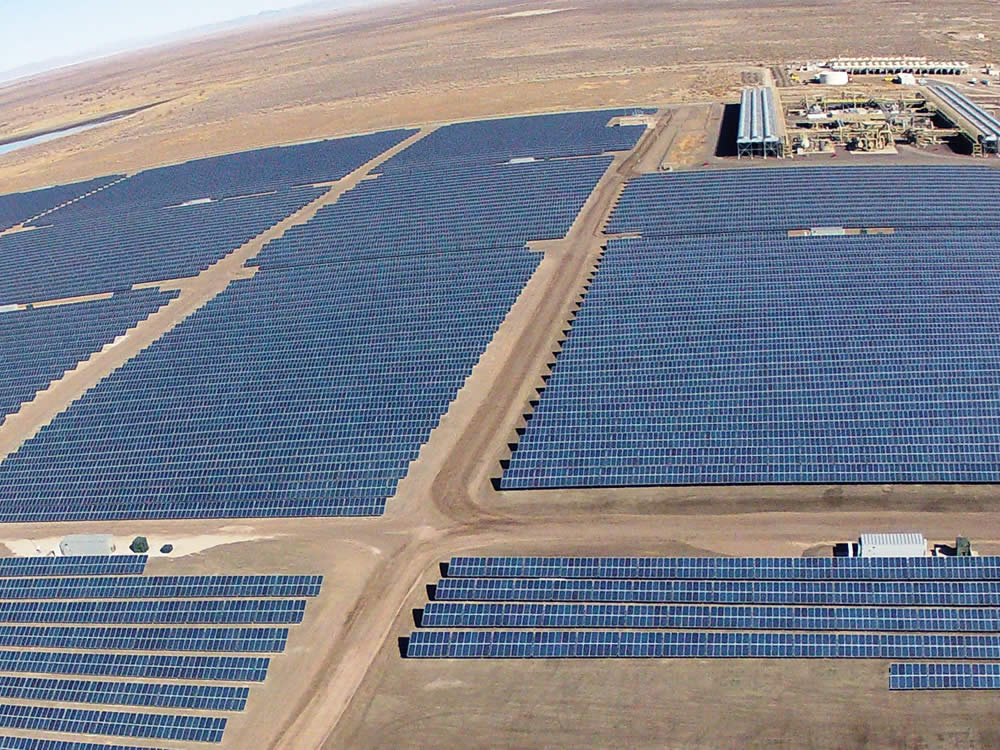 Bombard acted as the prime contractor on the project, managing civil, structural, and electrical engineers, an architect, earthwork, fencing, and foundation contractors. Although Bombard enlisted the help of these partners, the majority of the plant was constructed by Bombard’s IBEW electricians.

This power plant is the first of its kind in the world, integrating an existing 65 Megawatt geothermal facility and the solar PV plant through the same utility interconnection point. The geothermal plant operation was not interrupted during the construction of the solar PV plant.

This project had an accelerated timeline, having broken ground in July of 2011 and was completed in Spring of 2012. Besides their vast experience, Bombard was chosen to construct this project because their staffing abilities allow them to complete a project of this size in a relatively short amount of time.

“Bombard is a company to be relied upon from the start of a project through punch out.”