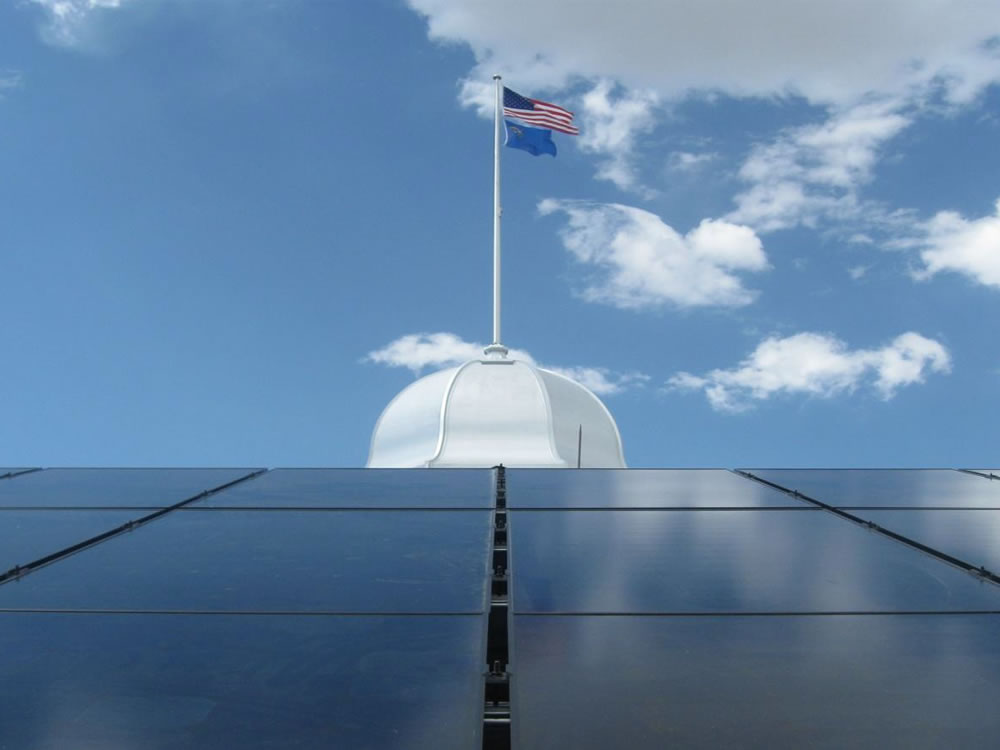 The Nevada State Capitol building was built in 1870 which is located at the center of Carson City. Now, more than 130 years later this building still stands. Made from native sandstone, it is the second oldest capitol building west of the Mississippi River. This system consists of 30 SunPower 225 watt solar modules and three SMA 5000 watt grid interactive inverters. The solar modules are mounted on the roof of the Nevada State Capitol Building by using a mechanically attached racking system. There is an active data monitoring display of the PV system located inside the museum at the State Capitol Building. Bombard was able to install the 30 solar modules on the roof, while maintaining the historic value of the building.