It’s May, and it’s a wonderful month! We’re one month closer to summer, the average temperatures in Las Vegas hover around 90° High / 64°Low, and our sunny city receives 13-14 hours of sunlight per day, which you can imagine is great for solar energy. Not only is the Spring weather idyllic, May is also National Inventors Month, a month-long celebration of innovation and creativity.

As Nevada’s solar leader that builds solar power systems utilizing solar photovoltaic (PV), we wanted to take this opportunity to shed some light on the discovery of the photovoltaic effect, and the invention of the solar cell. Take a look at this brief timeline of the solar energy pioneers that made modern day renewable energy possible.

1839: Alexandre Edmond Becquerel observes the photovoltaic effect by placing silver chloride in an acidic solution and illuminating it while connected to platinum electrodes. The result was the generation of voltage and current.

1888: The race for solar is on! The first patent for a ‘solar cell’ is granted to Edward Weston. Meanwhile Aleksandr Stoletov begins the creation of the first solar cell based on the outer photoelectric effect. He’ll complete this in 1891.

1920s: Solar water-heating systems become mainstream and are relied upon in homes and apartment buildings in Florida and southern California.

1977: The Solar Energy Research Institute is established in Golden, Colorado, and the world’s production of photovoltaic cells exceeds 500 kW.

1989: The first use of reflective solar concentrators with solar cells.

2006: A new World Record is achieved in Solar Cell Technology when a solar cell breaks the “40 Percent Efficient” sunlight-to-electricity barrier.

2011: Factories in China drive manufacturing costs down to $1.25 per watt for silicon photovoltaic modules, which allows installation to double worldwide.

Celebrate the strides that we’ve taken toward renewable energy this month by installing solar panels on your own home or business! Contact us to get started. 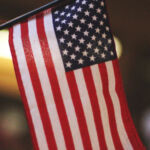 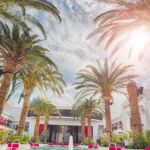